Crowdfunding for a Better World

We Against! Agony Aunt She Gets Angry And Becomes Abusive And Insulting Whenever I ask About Her Cousin 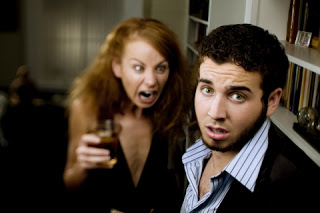 There is this girl I am presently dating who I met about seven months ago. I am 27 years old and she is 25 years of age.

There is a regular occurrence which I am not very comfortable with and it has to do with my girlfriends temperament. We chat a lot and also communicate, but each time I ask after her cousin, a female of about my girls age, who she introduced to me she gets angry and becomes abusive and insulting.

This attitude of hers led to our break up about two months ago. But we reconciled shortly after and started dating again weeks later and this time around I thought she would have changed her character, but I was wrong, she is even worse now.

What baffles me about this whole matter, is that this girl of mine loves this cousin of hers dearly and I wonder why there is this rivaling spirit in my girl. My girlfriend has still not given me the reason why she gets angry each time I mention her cousin. I love this girlfriend of mine and I would not want to loose her over some trivial issue, but I really cannot go on like this

What do you suggest I do, because from the behaviour of my girlfriend, she seems to think I have a liking to her cousin, who is a pretty lady anyway, Do you think my girlfriend is jealous or suspecting I intend to cheat on her with her own cousin?!

This site uses Akismet to reduce spam. Learn how your comment data is processed.